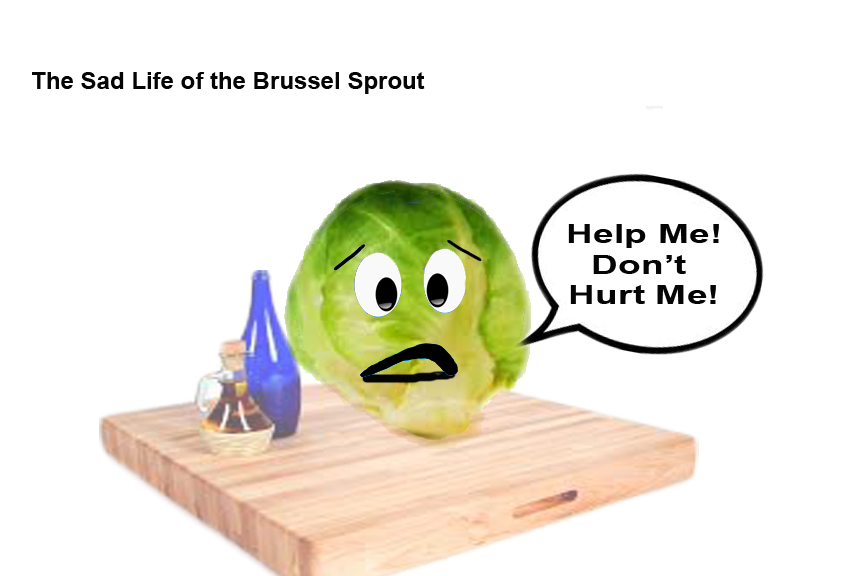 By Jon Laye
As a child I did not like sprouts!

Hang on, just bear with me on this, the relevance to running will soon become apparent. So, where was I?

Oh, yes, as a child I hated Brussel sprouts. It really made no difference that my parents told me how good they were for me and that eating sprouts would make me strong. I felt no obligation to eat them even when I realized how much effort had gone into preparing and cooking them. The fact that they were served up as a welcome seasonal variation to all the other vegetables that I suffered throughout the year made no difference whatsoever. And the concept that they should be eaten simply because it was traditional in the winter seemed utterly insane to me! I just did not like them and that was it!!!

But then on Christmas Day 1983, I ate a sprout (under duress obviously) and I had an epiphany! The taste, the subtle yet bold piquancy, the texture! Oh yes, I discovered the joy of sprouts! And frankly I have never looked back. Par-boiled sprouts, al dente steamed sprouts, fried in butter with smoked bacon, curried or simply smeared in wholegrain mustard; oh Brussel sprouts, how could I have ever denied my adoration?

Yes, well anyway, before I forget myself entirely, let me come to the point: I think the love of sprouts is probably a bit like the love of PECO cross-country races. You either like them or you don’t. Judging by the large Abbey contingent (over 60 runners) that squelched their way around the fields and woodland of Temple Newsam amongst in excess of a 1000 like-minded folk, both young and old, there are a lot of cross-country devotees about. They obviously appreciate that just like eating sprouts, cross-country running makes you stronger. They also appreciate the care and hard work required for the preparation of the PECO races. Similarly, they must know that running through cold mud is an excellent means to vary ones running calendar. And on top of this all those cross-country runners appreciate that (just like the eating of Brussel sprouts) it should be engaged in simply because it is traditional at this time of year!

And good for them! Indeed, there were many notable Abbey performances at Temple Newsam this weekend and clearly too many to mention all individually. Unfortunately, I missed the junior events (I was too busy trying to triple-tie my laces in a cunning fashion such that they would magically undo at the mile and a half mark of the course), but strong performances were seen from the club. The elite adults amongst our club were impressively strong too (Aiden Curley seems to be getting faster and faster and will soon be finishing races before they have even started, which means that within a month or two he won’t have to bother turning up at all), whilst many of us felt privileged to watch Michaela Clark glide around the course in an excellent time. A welcome return to racing was made by Gareth Cavill who despite not running for a year, elegantly cruised round Temple Newsam and still recorded a really fast time (it’s enough to make you sick isn’t it). And as ever it was a pleasure to see Graeme Littlewood perform his sprint finish (judging by the response of all the numerous different club supporters, I get the feeling that these have become a crowd favorite at all Leeds running events).

But, what about me? Well, unlike my love of sprouts, I utterly hate cross-country running. I keep turning up when I can, but I am still waiting for that magical epiphany when suddenly I ‘get it’. John Ward despairs of me! I am desperately hoping for the moment when I suddenly realize that just like Brussel sprouts, cross-country running is to be savored, enjoyed and possibly even embraced! But so far I just get cold, or wet, or injured, or all of the above. So I might see you at the next PECO, or I might be at home cooking up a sprout lasagna with crusty croutons and a cheeky crème chou de Bruxelles!