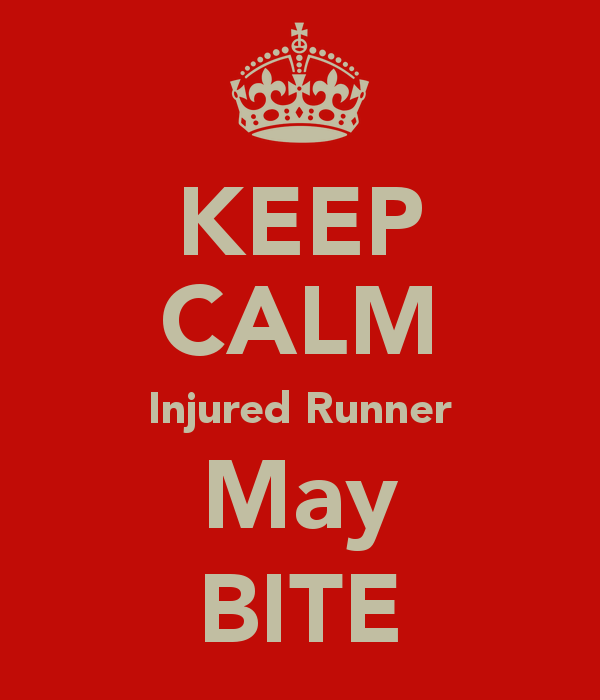 Going up to the club I noticed a man walking a parrot – yep. He takes it round with him for walkies. Pretty odd.

Anyway this is the second week I’ve run with Duncan and thought i’d post the progress.

Duncan has been kindly helping me out with the beginners group while June has been away. He’s helped out a few times in the past but this time I figured I’d make better use of it to try and pick up some tips. As it happens its been pretty easy to do as he’s great with the beginners and has been sharing some good techniques to help them run easier, for example gently touching your finger and thumb together as if pinching crisps helps avoid the dreaded grip of death that new runners use. The pringles tip as patented by him ensures you have relaxed hands and shoulders.

So for the last two weeks we’ve been running with our latest beginner group for about 5K and once finished we’ve headed out for the Tuesday run.

He’s building up steadily so wasn’t bothered about going out fast which was fine with me, or so I thought until I went out. For some unknown reason I’ve been pushing pretty hard for the last two weeks; and got through them feeling like i’d run well, in fact it felt like two of the best runs I’ve had in a long time.

The first week we did four miles and this week 5.5 so slowly building up with a run through to Pauls pond and then through Golden Acre. The first week we ran down to Otley road and looped back in 31 minutes. This week we ran on the trail in just under 45 minutes. For me these times are arguably race pace so will be interesting to see how long I can stick with him over the next couple of months.

After our run we headed of to the pub for a pint and Duncan told me about one of the training tricks he uses when he goes out sometimes. He calls it urban running and has been doing it for years. It involves running easy until you spot something you want to race for a bit and then going hard to beat it. It doesn’t matter what it is so long as you decide when you’ll start and where you’ll race it to. Could be a car, bike, dog or bus and you could be running to the end of the street or the next lamp post. Funnily enough he didn’t suggest racing runners though…

Anyway it got me thinking that this is probably the modern equivalent to fartlek training but with a bit of competition thrown in. So how did we get onto this conversation? Well I was telling him about the training session Ali and I did last weekend for our Duathlon where we decided to do a brick – a bike followed by a run. I explained that I’d had a nightmare in the run; physically i was OK but mentally I was gone. We’d done 60 miles on the bike and then planned to do a mere three miles run. I was about into the first half mile when I realised we needed to loop up a small hill. That hill broke me. I didn’t even get to it. I just stopped and said I couldn’t do it. Ali eventually dragged me round two miles minus the hill. I was pissed with myself. The same thing had happened the previous day when we’d done a spin class and followed by a spot on the treadmill.

Anyway I was telling Duncan about this and saying that my problem is that I’m mentally weak and that is when we started the conversation about urban running. The conversation went along these lines. In order to be mentally resilient you need to do the same thing that you do to become physically resilient which is to stress your body regularly so it becomes adapted to the physical demands. So to become mentally resilient you need to stress your mind so it becomes adapted to the mental demands and the best way to do that is through interval training. Urban running is his way of getting interval training into his daily running routine.

What did I take away from this? Time to do some intervals.

So Thursday it is then at the track after I’ve chased down a man with a parrot.