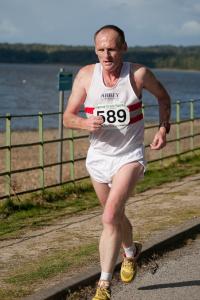 This year has seen me venturing into a number of new areas. Fresh into a new job, running a beginners group and getting stuck into a few odd events as part the extreme 2015 challenge.

In my latest venture I’m going to be writing a blog for the club. For my first topic I’ve decided to investigate one of our own club runners Duncan Clark.

I’m sure most of you will know he has been out of action for a while following a decision to run on a damaged foot in the London Marathon. Despite the obvious disadvantage of running with a broken foot, which he noted went snap after a couple of miles he finished in 3:17:29. Before you all decide to go and smash your foot up in order to PB, our friend Duncan is not your typical runner.

Just looking at some of his times from runbritain or thepowerof10 or even our very own club records will demonstrate that.

While Duncan hasn’t been running recently he has been involved in the club, either supporting our club runners at races, doing his bit in the committee as men’s captain and helping June and I with the beginners club.

He’s starting on the road to recovery and I thought this would be a great opportunity to watch how he progresses. So the plan is to track his progress week by week and see how he goes from smashed runner to mean machine and get into the mind of a runner on the mend.

There ain’t no runner tougher so it will make for a good Yorkshire story of grit and blood.