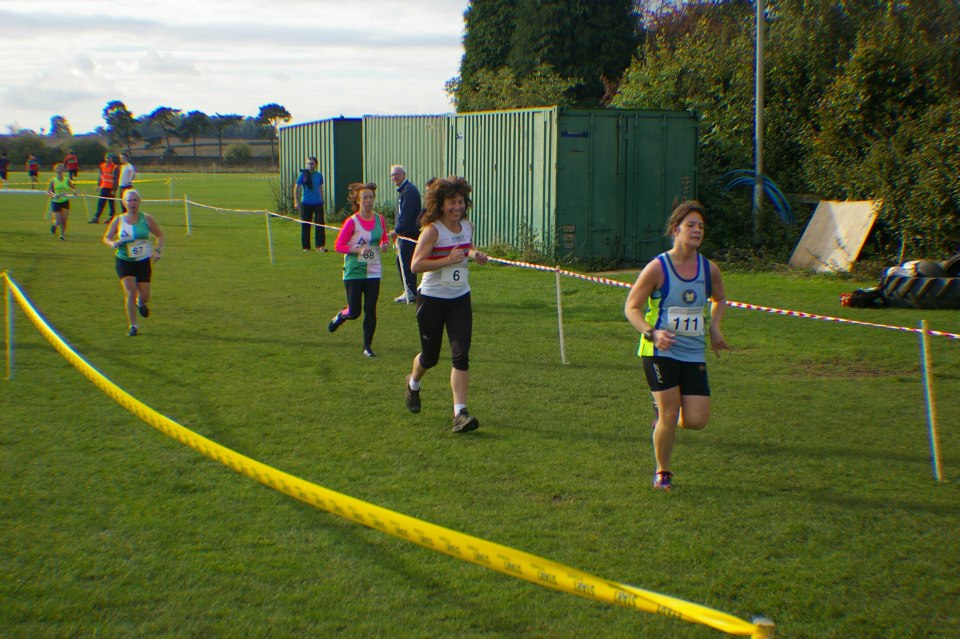 Yesterday was the last West Yorkshire XC of the season at Thornes Park in Wakefield. Not quite as boggy, muddy and slippy as last year, but there was a strong breeze in places which made things difficult!

In the U13 boys race, Ben Nurse had another good run to finish 29th.

In the Senior Ladies race, Rachel Mackie was first home in 54th place, followed by Sharon Woodruff in 69th, Helen Nurse in 83rd and Liz Willis in 87th, meaning the team finished 12th out of the 13complete teams.

In the Senior Men’s race, Matt Hallam had another really good run to finish 31st, with Richard Foster in 124th, Jim Whittaker in 169th and John Ward in 174th. Unfortunately we were a couple of runners short of a full team.

In the overall standings, unfortunately, we didn’t count in either of the overall team league tables, as we couldn’t field a complete team in all four races. Next year, we need to aim to do this – it is important that we compete in this league as well as the PECO in order promote the club and attract new runners.

Better news was that we counted as a club overall in the John Smith Challenge Trophy (which goes on the number of runners you have out, irrespective of complete teams etc). We finished 7th out of 18 teams in this, but again looking at the results, we could quite easily have been up towards the top of this table with full teams and a few more runners.

In the individual standings runners must had completed at least 3 of the 4 races, and so the following people were ranked: Shanna Saubert was 32nd in the SL cat, Rachel Mackie was 6= in the FV35, Helen Nurse 7th and Liz Willis 8th both in the FV45, Ben Nurse was 32nd (out of 67!) in the U13 boys, Matt Hallam was 9th overall and  Richard Foster was 34th in SM, Jim Whittaker 21st in the MV45, John Ward 4th in the MV60.

Well done and thanks to everyone who ran this year. Let’s see if we can do better again next year!