Ali and I spent the night before the event with our friends Chris and Bethany over by Delamere Forest where we’d be doing a muddy half marathon event run by the Hell Runner team on the Saturday. Then we’d head over to Cannock for a long bike sportive.

The double weekend events have been the things that have most improved my fitness this year. Having to do a tough event two days in a row has definitely tested us as you’ve not fully recovered you find that you really have to push hard to complete the second event.

I’m prone to making some bad mistakes in terms of race day preparation and this weekend was definitely a doozy. I’d not met up with Chris for a while so we had loads to talk about; as is our way we decided to pop down to the pub for a couple of pints. These couple of pints ended up being a few pints; some wine and several double whiskeys.

Hell up North was feeling pretty bad the next day as I woke up with a hell sized hangover. Clearly this was self inflicted so I was just going to have to tough it out. Ali wasn’t going to put up with any moaning.

The race event is described:

Fancy a swift half? Bog off to that. This is the UK’s toughest half marathon where Mother Nature will deliver that sinking feeling and more. The bar in extreme mud runs is about to be set at a new level (which is incidentally chest high in “Lucifer’s Lido”). Methane-munching HellRunners are now being recruited to tackle the notorious Bog of Doom — where the heart-thumping Devil’s Disco will rock you to glory.

Epic will not describe your experience. We’ll have you in tears… pain and laughter in equal doses actually. Pyro, samba band, fun run, hose wash, fabulous finish line rewards. It just doesn’t stop… but will you?

As running experiences go, this is Heaven from Hell. Run Happy.

The run was amazing; we headed through the woods and before long were clambering up steep slopes and natural obstacles and then into the mud. There was a lot of mud. We pushed through the miles and eventually hit Lucifers Lido which was a freezing water feature. We started out waist height and then soon found ourselves neck deep. Eventually I started swimming.

Getting out of the water I found myself serious sapped of energy but still had three miles left and significant mud features to overcome. 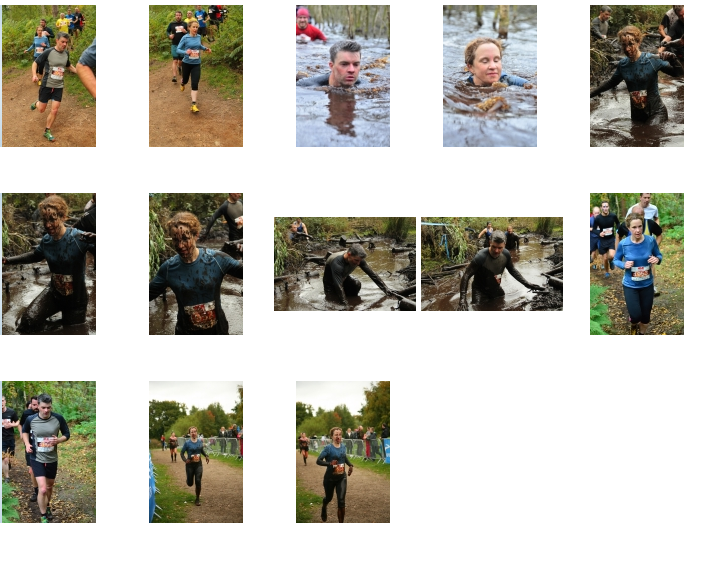 The next day we found ourselves in Cannock for a 55 miles sportive bike ride. We were pretty tired but went out as hard as we could. The day was tough and i ended up coming off my bike three times; once nearly wiping Ali out. Lucky for me I managed not to cause her to much trouble.

I can’t really remember much of what happened because I was so tired but there was some spectacular scenery towards the end.

A lady at the end who we’d been speaking to donated £10 towards our extreme 2015 charities which was awesome considering we’d just been chatting to her to keep our spirits up when trying to get up the last hill.

Would like to do this event again; hopefully next time i’ll not be recovering from a hangover and not have done a hellish half marathon.

Tough weekend made tougher by being a muppet.