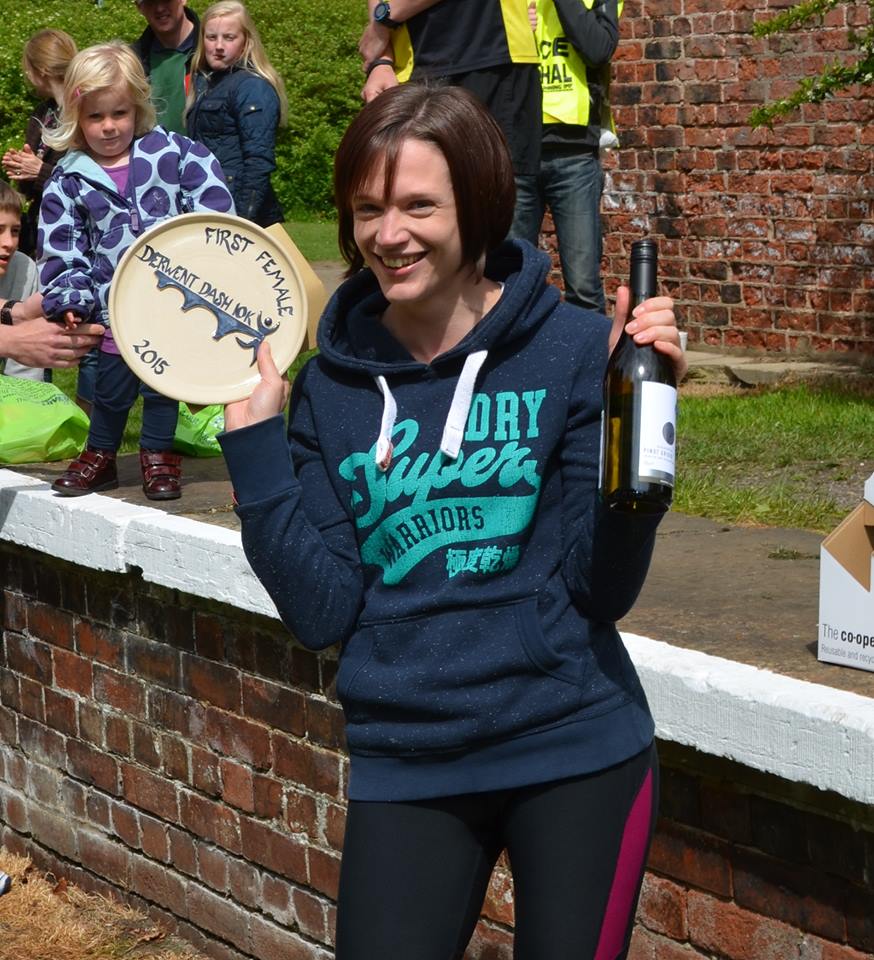 A last minute decision to race, made possible by Andy Wicks’ injury (I benefited from his misfortune), meant that Sunday morning I was heading east for the flatlands of Stamford Bridge. A new race as a fundraiser for the village primary school, this was perfect PB territory (if an Abbey was in that kind of form…and it turned out several were). It was Nick Rank (wearing race number 1) who alerted us to this race as he lives there and consequently 7 Abbeys plus a soon-to-be Abbey rocked up ready for the off!

I bumped into Ken Kaiser (course measurer to the stars; i.e. our new Eccup 10 route) in the car park and he assured me that it was not only flat and fast (aside from a couple of hills at kilometres 3 and 4), but also very pretty too.  A stark contrast to the previous week’s slog around the Leeds Half Marathon, then.

The start was in a cul de sac on an anonymous housing estate and after winding around a few village streets we were out into the countryside.  Perfect racing weather (13-14C) and good support en route, the course was as described and before I knew it I’d passed halfway and was on my way back.  I barely looked at my watch at any point because I had no expectations with regards to a time (just a target of not shaming Andy’s good name too much) and in the second half found myself passing people, particularly on the last 2 kilometres.  The final 400 metres were on a former train line with platforms either side (so Beeching’s cuts were of some use after all…younger readers may have to look this reference up!) which meant a sprint finish (and Graeme repeated his Usuain Bolt impersonation from the Meanwood Valley Trail and ran the last 100 metres like his life depended on it).

And to top it all, an Abbey winner. Sarah Dobson has now run 4 races in the Abbey colours where she’s come 3rd (Meanwood Valley Trail), 2nd (East Leeds 10K), 5th (Leeds Half Marathon) and now 1st at this inaugural race (which means she also holds the course record).  She was also delighted to go sub-40 for the first time.  So a good day at the office. And for Laurence (PB by 2 seconds) and Craig (PB by a minute) too. I’d say every Abbey enjoyed it one way or another.  I was certainly satisfied with my time after the last 8 weeks of limited training and excruciating physio; I actually felt like I was racing as opposed to a pained shuffle.

This is a must do race and a welcome new addition to the 10K calendar. I vote now that we keep it on the Grand Prix calendar for next year, but regardless I’ll be back again next year. 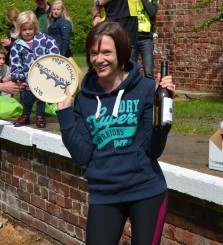 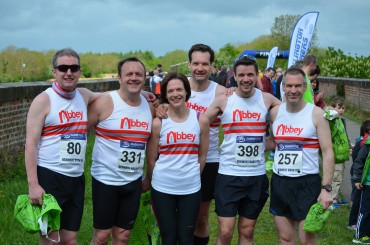