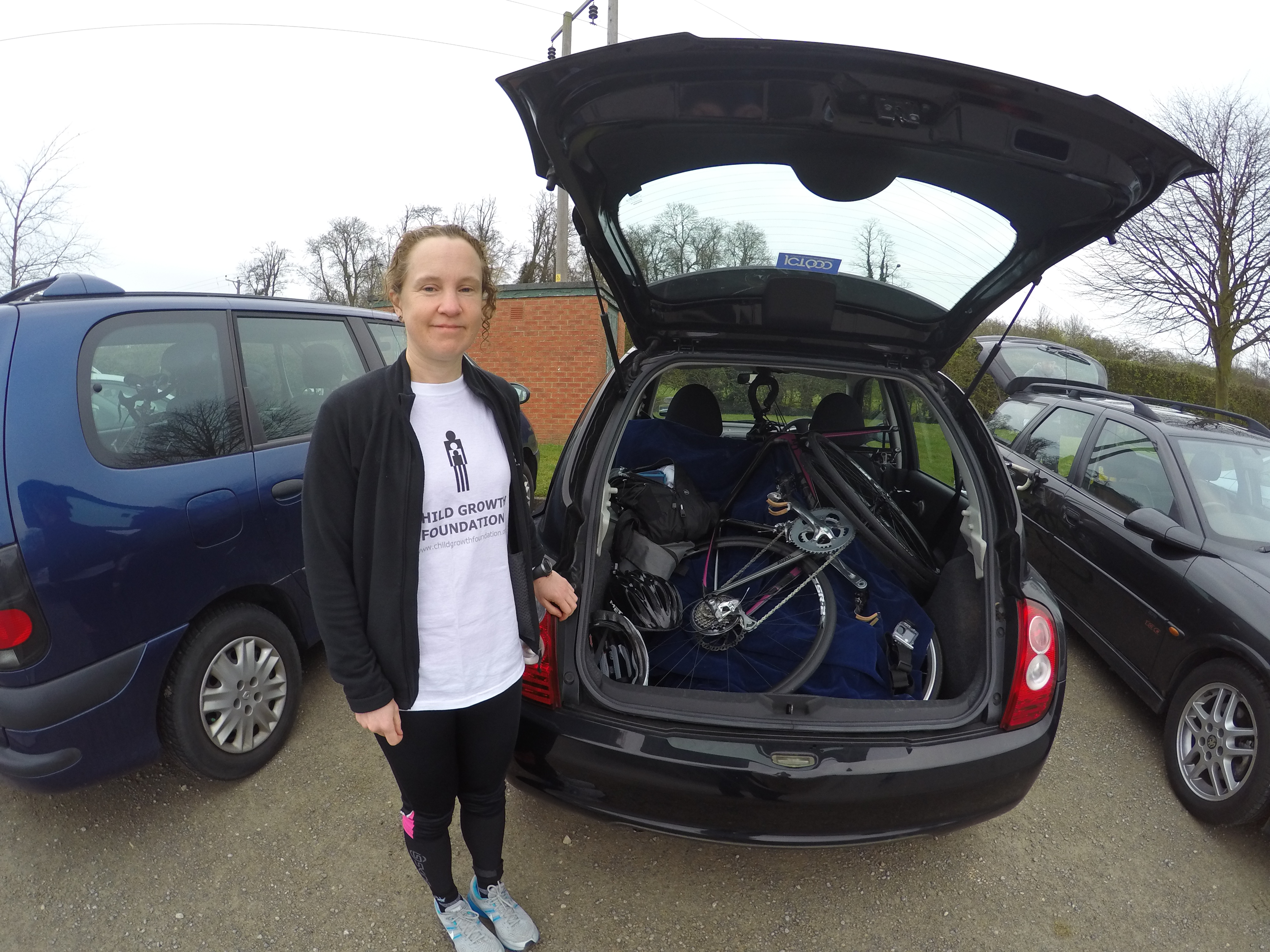 The Dales Duathlon took place Saturday 5th April. We decided to do a bit of pre race preparation and went over on Friday to check out the course. This would be our first Duathlon and having read the briefing notes describing what drafting was and that we’d get in serious trouble if we did it we were ready for a bit of a view of the course. We headed on Friday morning to check out two of the three legs – the first leg was a flat road 5K followed by a twelve mile ride and then followed by  a 5K trail run. We decided to do the ride first and then the trail 5K.

The bike leg consisted of two 6.5 mile loops and we cruised through it making sure we checked out the route carefully on the first loop and then pushing the second loop a bit harder. There was a big hill mid-way through the loop which destroyed me on the first attempt. The second was easier as I made the right gear choices. Alison who is awesome on hills (in any sport) so long as going up cruised past me each time.

The bike recce complete we dumped the bikes back in the car and set of for the trail race. I was very slow with very tired legs for some reason. We finished and congratulated ourselves on the successful recce with a cup of coffee before heading back home.

We were both in good shape for a change – no injuries!

Midway home on the M62 the car broke down… 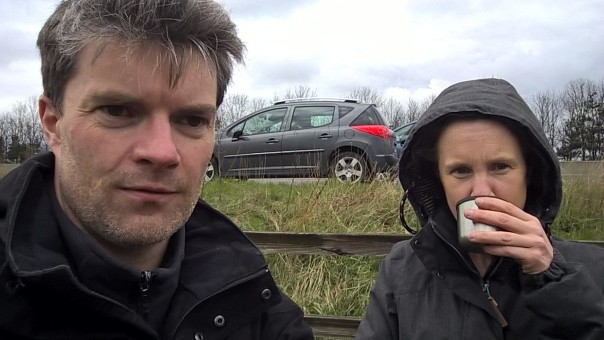 We still had coffee while we waited for the break down man.

An hour later we were back up and running – the car injury was diagnosed as a filter problem and we’d need to drop it into the garage.

This mean’t using our replacement car … 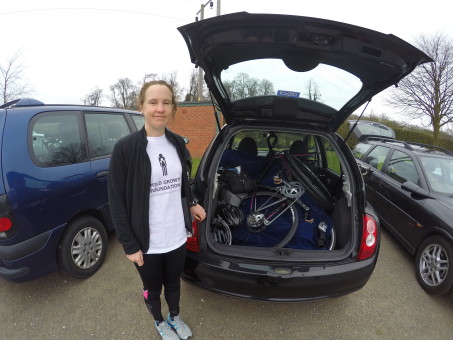 Yes the Micra managed to hold both our bikes and kit. What a machine!

So we headed of and arrived early Saturday morning. We were both a little nervous – this would be a new experience in terms of racing and had no idea what to expect. We registered and strapped the timing strap to our legs which would record us as we entered and exited transition.

An ideal race would enfold as follows:

We start the 5K run and run a steady but sustainable pace and arrive into transition without having spent to much energy. We’d grab our bike and ride the 13 mile  loop and then come back into transition having still something in our legs. The plan was to drop the gear coming as we came into transition to freshen our legs before kicking of hard for the final 5K.

Check out the video for a feel of the event.

This was a small event with about 80 people racing but it had a great feel to it with everyone really friendly.

Ali and my first transition was slow – I had to swap the GoPro from my head to the bike and decided to swap into my trail shoes now rather then when I got of the bike (A wise choice I later found). Ali had to struggle with her orthotics which she swapped out into her trail shoes.

The first 5K was fast but I felt great as I hit the bike section. I cruised through the first 6.5 miles as I concentrated on a sustained effort rather than all out sprint. The hill section was painful with a lot of people passing me. I was also pretty slow on the flat and not much better going down.

The second loop was better and it looked like the people who’d passed me were beginning to regret their efforts.

I arrived at transition feeling good raced into transition and kicked off hard as planned taking two people immediately. 20 Metres later the wheels came of as my legs turned to jelly and the two runners I’d just passed cruised past me.

I was a broken runner as I pushed on – I felt like I was walking. There was nothing left in my legs – my energy was gone. I pushed on despite this and just concentrated on putting one foot in front of the other.

Half way into the run my legs started working again and I managed to start picking up speed with a decent push into the finish.

Ali came through only a few places after me having had a brilliant race.