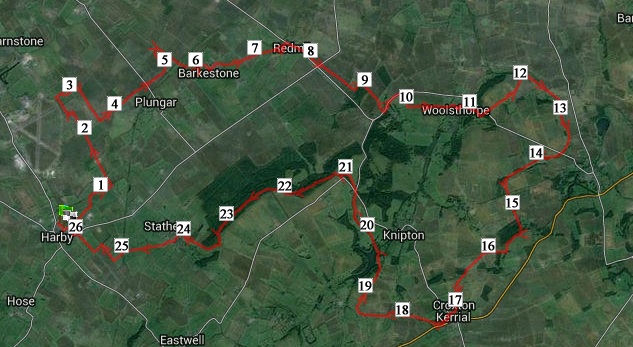 Sorry for the long delay in this post – you may remember we were planning on doing the Belvoir marathon. Well we did.

Leading up to Belvoir Alison and I had being struggling with a few niggles and had swapped our running for some fun and swimming workouts so were a little nervous about how we would fair running what would only be our second marathon.

Anyway we headed off on Friday night with tons of kit, since the weather report was a little ambiguous.

We chilled out the night before in our exciting premier inn and had a reasonable night of rest.

Come morning we headed off bright and early and arrived ready to pick up our race number.

The weather was good and we had wisely chosen some light base layers and our abbey vests.

The race started and we were away. A half mile later I wondered what the Hell I’d got myself into.

The first of many obstacles was upon us as we hit the first part of the trail. This was ankle deep mud. Within a minute I was completely covered and my feet drenched. At this point I elected to go with it and just rung through it rather than pick my way around it which some of the runners were trying. I lost Alison briefly and waited briefly for her to catch up. After a mile of this we were clear. Several runners had last shoes on the way so we were in good shape comparatively. I was a tad worried that this was going to be blister territory since i’d have enough 25 miles of running in wet shoes but since there wasn’t anything to be done I put it out of my mind.

The run rapidly became a queue as we hit the first of many stiles and my mile pace went from ten minute to 45min per mile. Soon enough we were back in our way again and skipping through the mud again and clambering over more and more stiles. My crazy estimate of four hours was swiftly changed to five hours and change.

At three miles we had a quick water stop and then off again.

Alison and I were keeping together nicely. Not much point trying to race through a quagmire. While the footing was like running on a banana treadmill wearing a pair of stilts we were in good spirits.  The weather was decent and the sky clear blue. Come six miles we hit the first of the awesome food stops. Oh my stomach!

Check out the video of me stuffing myself with scone and cream. Alison still had ideas about running a decent time and kicked my rapidly expanding derriere  out the door and back on the road (she mentioned that I might have injured her foot by making her do so).

So this set the scene for us. Mud, stiles and cake washed down with more mud, more stiles and some much needed tea.

We hit the twelve mile cake stop ready for cheese sandwiches and my first cuppa. Jelly babies backed up the next six miles to 18 mile point. Mile 17 went on for ever though – seriously I thought it would never end. More cake was the answer and another cup of tea. The marshals were looking after us well and we found ourselves taking a bit longer at each stop (mainly my doing).

The last mile was through streams and mud. Alison went gung-ho at this stage as she saw a queue of runners in front of the next stile queuing up along the side to avoid get their feet wet. I believe her exact quote wa ‘Sod this’ and wnet knee deep into the water and did some seriously good queue jumping. I followed and we splashed past a queue of runners vainly trying to keep their feet dry.

There was one last tea and cake stop at mile 22 and then we were out of supply stops until the end. Alison dragged my muddy cake fueled, comatose body through the last four miles.

Unfortunately my GoPro decided to die at the last section so my video ends a little abruptly which is a shame because we finished the marathon of with a spot of soup and fruit crumble.

Amazingly Ali and I have been recovering reasonably well. I avoided any blisters which I put down to my awesome twin skin socks.

So in summary. We ran a marathon on barely any training, ate shed loads of cake, did the equivalent of 6 Cross country runs mud wise and hurdled numerous stiles.

What an awesome laugh.