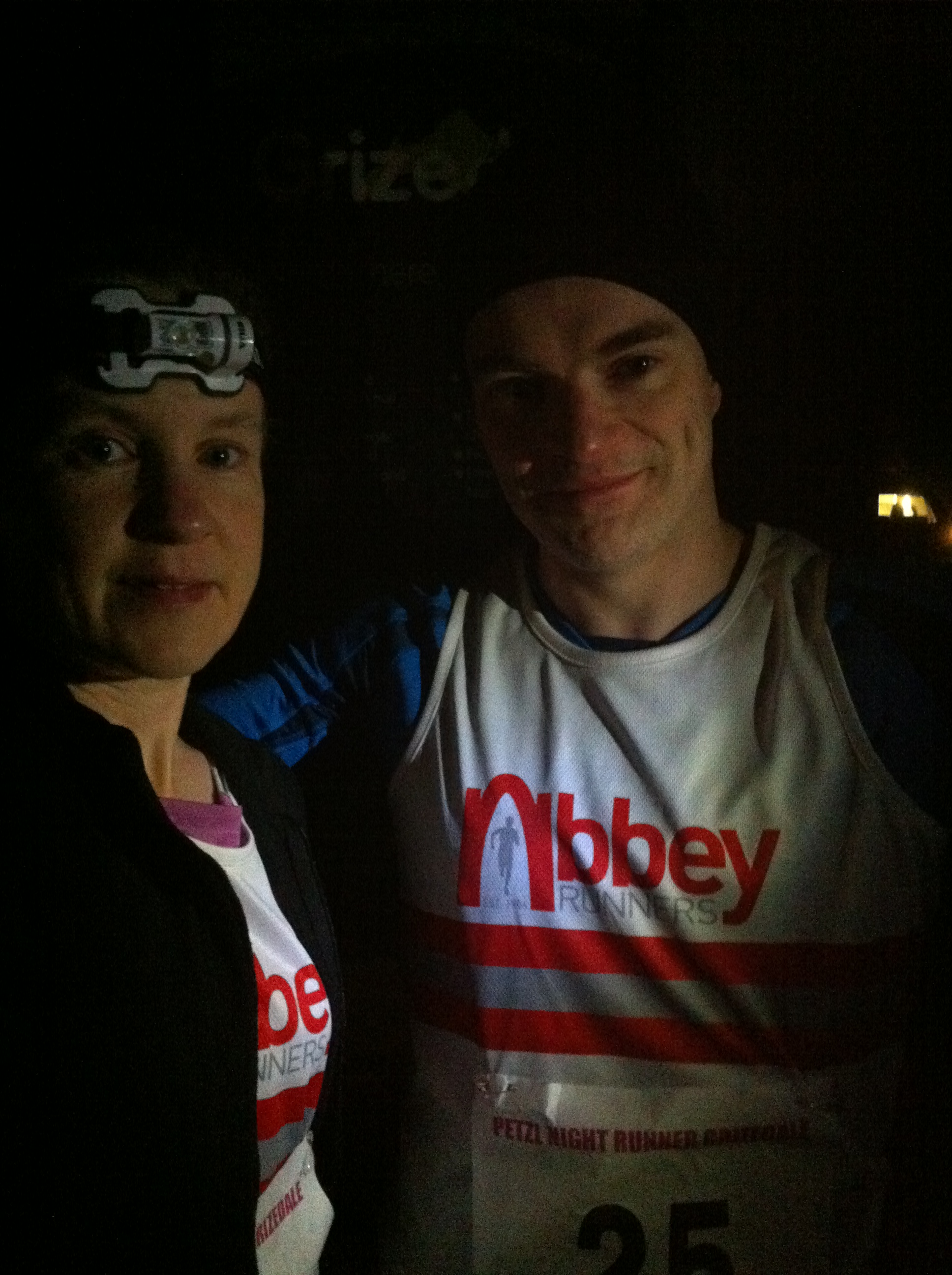 Last weekend Ali and I went over to Cumbria to do a double event which turned into a triple.

I’ve been away this week in London but have finally got some time to put finger to keyboard and talk about the fantastic weekend running we did last week.

On Friday we headed out to Cumbria where we stayed in a lovely B&B for the weekend near Newby Bridge.

Since we had a bit of spare time we headed out for a thirteen mile walk – not being used to walking anymore I found my legs were struggling the next day before we got ready for the first event of the day.

What a beautiful day – the conditions were perfect as you’ll see in the video i put together. Quite cold but very clear and absolutely no wind.

We got ourselves ready and I chatted to a lady who was intrigued by the GoPro strapped to my head. I explained that we were doing this as part of a set of charity challenges and then we headed of for a warm up.

Little did I know the lady was a Journalist and made it her business to get us our very first shout out from the marshals. That was awesome.

Check out the video – but even better go and run it yourselves – this is a fantastic place to visit and even better to run. 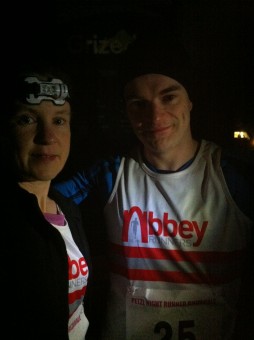 So the second event of the day was a night run in Grizedale forest along well maintained trails. It was a 10k – 3 miles up and three miles down. Ali and I decided to stick together (well her torch is better then mine). It took us about 54 minutes which was pretty good considering the hills dark and ice.

I don’t seem to have recovered from that 60 Mile bike ride (note: how it keeps getting longer). My quads were struggling on the flat and downs but strangely I seemed to enjoy the uphill sections (that’s never happened before and I suspect it’s unlikely to happen again).

Running in the dark is a very relaxing affair – you seem to be running faster then you are, the air is crisp and fresh and you seem to blend into the night, basically you feel awesome. With amazing night sky’s to look up, running in the forest left me feeling invigorated.

There were icy stretches that we were told to watch out and avoid, some of these were roped off to safeguard us. Yes you guessed it – I managed to hit every stretch of ice at speed. Running down hill on an icy trail was an experience. As soon as I saw i’d hit a twenty foot stretch of ice going down at speed I knew I just had to go with it – changing direction or trying to slow down would have ended only one way. Luckily i’d done a recent speed session with the club on some icy roads and this seemed to keep me upright.

Sunday morning we headed back early to run a cross country with Abbey Runners – this was arguably much harder then either of the two races with the combination of mud, hills and exhausted body and legs. I decided to go out aggressively as I figured I’d only get slower anyway so I might as well try and push forward as fast as I could at the beginning. Somehow I managed to keep going to the end and ended up with a reasonable performance.

Alison has managed to get some decent running in and it looks like her foot is on the mend and managed a decent finish.

This Saturday we are scheduled to do the Temple Newsam Park Run and then two weeks later we end February with our hardest event yet – the Belvoir Challenge trail Marathon.