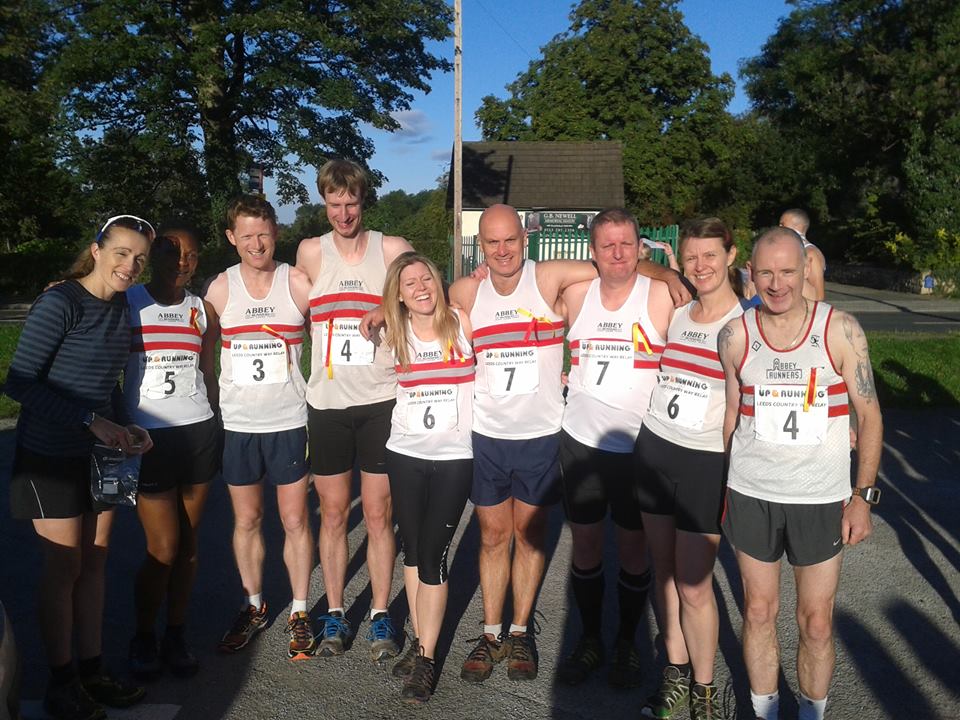 Summer hangovers, heat exhaustion and broken bones?  Yes, it must be the….

I agreed to captain the Men’s B team again this year.  After a few minor mishaps last year I was going into this event feeling much more confident.  Last year we achieved 24th place and a cumulative time of 8 hours and 53 mins.  This year we were looking to get sub-8.45!  Awwright!

Everyone knew their routes, no last minute changes, no injuries or dropouts.   What could go wrong?

Look, this is the LCW.  By tradition it is a day of drama, dashed hopes, surprises, laughter and tears.  What could go wrong?  Everything of course!

I drew up a detailed ‘time budget’ for each leg (sporty types might call these ‘target times’ but, hey, I’m an accountant).

Richard Foster and John Halliwell started us off on Leg 1.  I was witness to the two of them as they came in, and it was clear that they had had a tough one.  Richard was lying on the ground and John ran off to get his emergency kit bag.  Already an 8 minute deficit against my time budget, but I knew we could make this up through the day.

They handed the baton to Rob Jackson and Jim Perkins.  Leg 2 is a navigational nightmare, so good that the two of them ran it last year hence no chance of getting lost.  Unfortunately, one of them felt the heat somewhat and couldn’t match the quality performance of the previous year.  So, let’s see where we are against budget…  No that can’t be right, I must have done my numbers wrong.  Hmmm.  Ooer.  Errr, don’t worry, boys, we can still do this.  Gulp.

But going into leg 3 I’m suddenly relaxed once again because the baton is handed to Garry Brownbridge and Martin Browne, both solid and reliable stalwarts.  And true to form they ran a pretty solid leg.  They achieved exactly the same leg position as last year.  Nice one, guys, but I’ve still got an Italian government sized deficit at this point and we are in cumulative 33rd place going into leg 4.  Oh my!

Gareth Cavill and Mike Ayers were next.  Two of our big guns and they did not disappoint, coming in at an impressive 1.34 (14th fastest leg time) and a whopping 17 mins faster than last year (although last year on leg 4…well, ahem, we all know what happened there!).  Gareth looked far too fresh at the end of it (unlike Mike).

We were clawing back last ground here.  And another supersonic performance came from John Ward and Mike Smith on leg 5 – 15th fastest leg time! – bringing our cumulative position down to 26.   Oh yes, we’ve got our mojo working again!

By this stage the baton had been handed back to Kippax marshals long ago due to those pesky cut off times, so myself and Mike Ward set off on leg 6 with the mass start.  .

But disaster struck again in the third mile.  A loose stile sent me hard to the ground.  Umphh!  I didn’t know it at the time but I broke a rib.  Ouch.  Mike dusted me down, told me to man up, and we pressed on, but my ribs were sore and I couldn’t get my breath.  Somehow, Mike managed to get me round the remaining seven miles.  Lordy, that hurt.  (Howl!)

By the end, our cumulative position was 24th (exactly the same as last year!  Uncanny!) and a time of 9 hours 14 mins.  So we were still in the top half of the table!!  Why was that?  How did we do it?  Because as tough as it was, we all kept going, got round, and (once again) made the club (and your captain!) proud. We had 60 Abbeys out running that day, and we were all running in memory of Catherine Ladd, who will be missed by us all. This is what it’s all about.

Well done, guys.  We’ll be back next year for more mid-table mayhem!