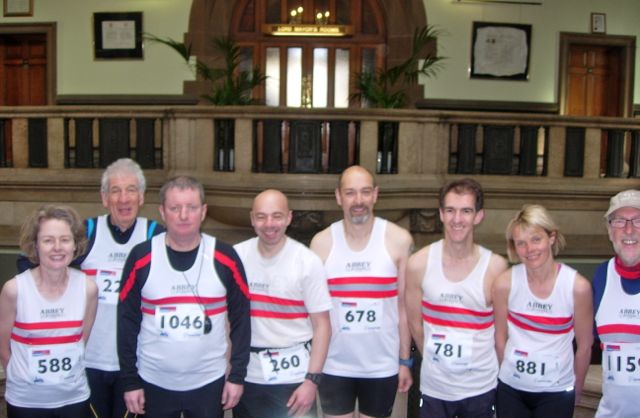 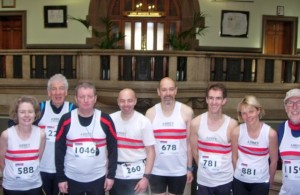 We couldn’t find our star runner John Halliwell for the pre race photo, but we were allowed into the Town Hall to capture the moment!

John was the first Abbey home in a time of 40:44 and Jim Whittaker claimed he got back in 42:30 but there is no record of this in the official results. I did see him near the half way mark, but he was running in the opposite direction!

What a brilliant run by Victoria, who was first in her age category.

Bradford is notorious for it’s steep hills, but fortunately this race is flat along Canal Road, except for a short climb at the start up to the Cathedral.